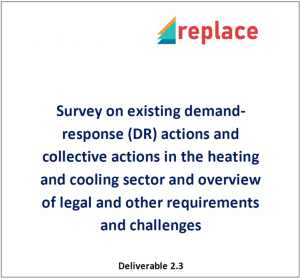 Demand response actions in the HC sector show a variety in the REPLACE target countries. From the aim to influence consumers’ behaviour in heating via different tariffs in Croatia, over PV electricity supply peak shaving by producing domestic hot water in Bulgaria, to the use of smart meters in a DH network in Austria for consumption optimisation of different load control strategies at a residential complex of 133 units. Further interesting concepts were reported from other project countries.